Rogue Lightbenders and the Bride 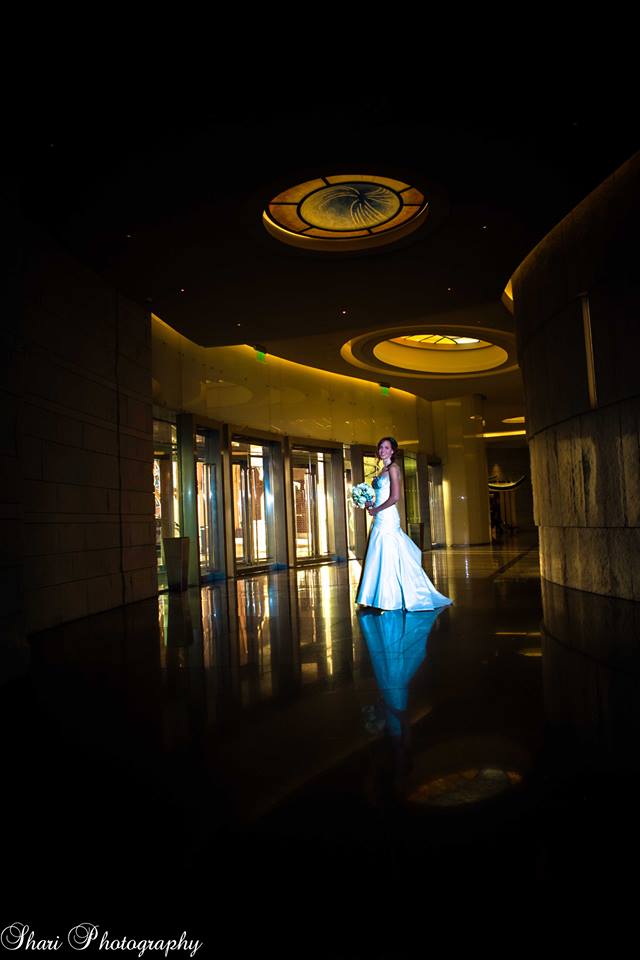 The photo of Brittany was made with one of my favorite tools-  the Rogue Lightbender.  In this case I used it as a snoot to direct the flash at the bride to create a dramatic  image.

There is very little work done in post production with this image.  The Bride is light by the Canoon 600 with the Rogue attached.  My assistant is aiming the flash at Brittany while standing to my left.  She’s holding it up pretty high and directing it down.

The flash is being triggered with a Pocketwizard TTL system which I also love.

The reflection on the tile is from the light that is streaming in from the doors behind her.  This was taken at around 6 pm so the sun was perfectly placed for this shot.  I doubt the mirroring would have been as sharp 2 hours earlier or later.

There was no photoshoping of this image.

I am really pleased with this image mostly because I “saw” the potential as we were walking through on the way to the reception.  I was  in front of the couple and turned to make sure they were still with me.  What I saw made me drop everything to get the image- the beautiful curve of the wall, the lovely overhead lighting, warm colors, and the light pouring in from behind.

In an instant I knew what I had to do to create the image. Without the Rogue this image would not have been possible.  A Flash would have spilled too much light out.  I wanted to isolate Brittany in a narrow beam of light.

I kept my shutter speed slow to bring as much ambient light as possible.  The lovely warm colors are all natural-  no filter or editing.  Initially my ISO was about 800 which was too high.

This entry was posted in Technical, Wedding and tagged canon, portraits, technical, wedding.